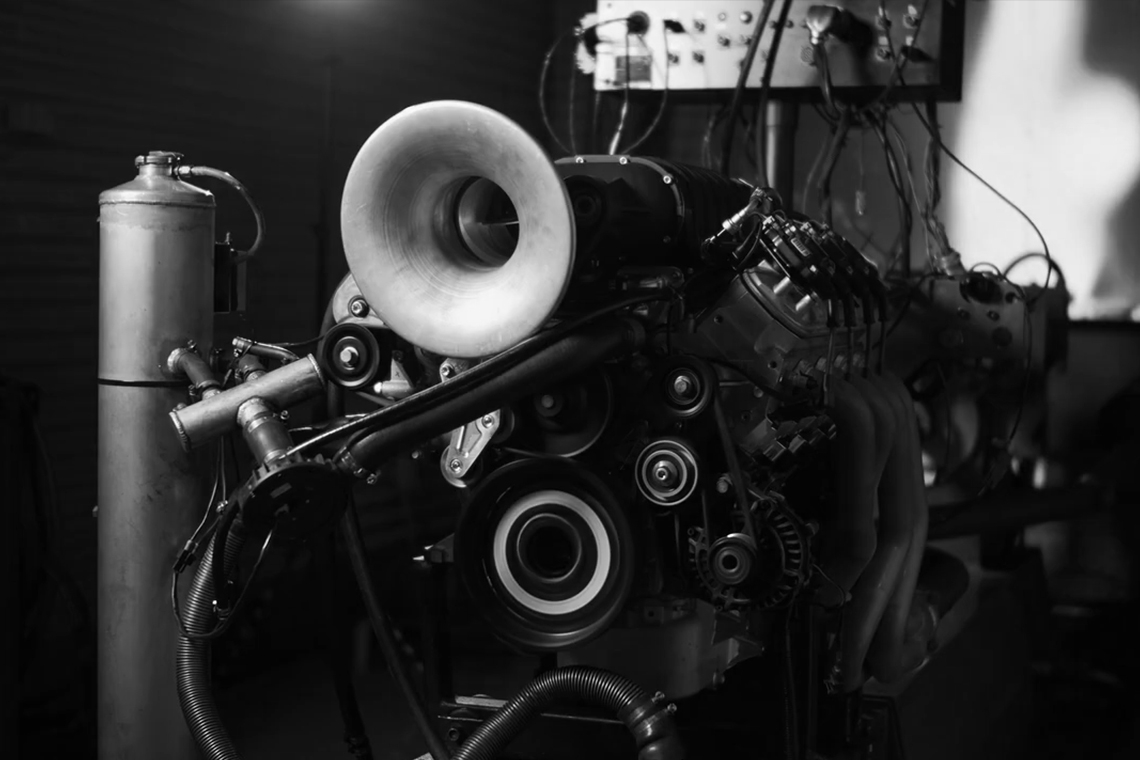 View Video
Harrop Engineering is in its 65th year of Automotive Engineering design, development and manufacturing.  For 15 of those years we have developed many supercharger systems for both OEM and Aftermarket customers. We supplied the world’s first Eaton TVS technology supercharger to Toyota Australia, a global OEM, for the TRD Aurion program. Over 10 years ago we also worked on another world first, this time with FPV to develop the Ford Miami OEM TVS Supercharged Coyote engine.

Our focus has always been to develop complete, high quality supercharger systems for a range of platforms including GM LS and LT, BMW S65, R53 Mini, Ford 5.0 & 5.4, Toyota 3UR, 1UR and 2GR, Subaru FA20, Nissan VK56, Hemi 5.7 and Holden 304– all designed and manufactured in Australia.

At Harrop we try not to get caught up in opinions and beliefs, and prefer to deal with the facts.  A hot topic for debate recently has been Supercharger designs and the impact of Inlet Air Temperatures (IATs) delivered to the engine.

On the topic of supercharger layout, there are two common types.  One where the air exits the supercharger downwards, and the other upwards.  There are advantages and disadvantages of each, and the design is influenced by a number of factors including styling, available space, serviceability, manufacturing cost, rotating group, intercooling requirements, airbox and intake system, and very importantly – supercharger drive.

It is interesting to note that- all other things being equal, neither design stands out as being significantly more efficient than the other.

Our design objective is to develop complete, high quality supercharger systems while maximising the performance potential for our customers. We test to better understand what happens to the air through the induction side of the engine using our supercharger dyne cell, our vehicle dyne cells and testing through data acquisition at the race track.

Below are cross-sections of two Harrop Supercharger manifolds, on the left a downwards outlet and on the right an upwards outlet.

Red arrows indicate the general, schematic airflow path. In reality this is much more complex, turbulent, rarely in a straight line and varies tremendously with volume flowrate and pressure.

Air inlet is facing the reader into the ends of the 2x 4-lobe rotors in both cases. Harrop Supercharger kits use a factory OEM sensor.  We are confident that the engineers that designed these sensors spent a lot of time designing for both accuracy and durability. The image below shows a sectioned IAT sensor to clearly show the construction of the sensor.  The brown and white components are non-conductive plastic and the part that measures the temperature is the circular thermistor hanging in free air on two thin wires at the left, heat soak through the casting is minimal.

The sensor is designed to be accurate at the tip, even if the brass body of the sensor is very hot. All of these must be taken into consideration when choosing the position of the IAT sensor.

Our experience has shown that a high proportion of heat in the inlet air is added by the supercharger itself, not from heat transferred from the engine.

The following chart shows data from a TVS2650 Mustang on our chassis dyno, where we added sensors and measured air temperatures throughout the supercharger air path.

The run start point has about 11 PSI of boost and the end point just over 21 PSI.  Whilst the supercharger outlet temperature almost doubles the IAT is well under control and increases by less than 30%. There is a lot of work done by the intercooler system to achieve this type of result.

These results are typical for Supercharger systems.  When taking into account pressure ratio, higher boost adds more heat.  This is a fact and does not change by moving the IAT sensor. Where the IAT sensor is placed varies by supercharger system due to the design points listed earlier.  On the GM LT engine, the IAT sensor is in the runner, close to the port, whereas the GM LSA engine has the sensor in the lid.
It is misleading to conclude that the IAT sensor position is wrong on some systems and moving it will provide better performance.  We have tested different sensor positions and the results were identical.

There is no disputing that cooler intake air will result in more potential power.  For those familiar with the Harrop LS3 FDFI kits you would know that we introduced as standard factory manifold insulators back in 2015, this decision was as a direct result of testing. It can be seen that the supercharger is adding heat to the air, over 130°C at 102kPA (15PSI).  The difference between the Red trace (post intercooler) and the Blue trace (pre intercooler) decreases with lower coolant flow rates. The test was not just limited to temperatures, at the same time we were measuring pressures in the air path which can contribute to IAT due to the amount of work the supercharger has to do to achieve the required boost.  For example, a restrictive throttle or airbox will mean the supercharger has to spin faster to achieve the same boost level of a less restrictive intake. Whilst we use these figures in conjunction with the coolant flow rates to calculate work done, an understanding of the whole system is required before using the data to compare supercharger systems. The conclusions we draw based on testing is that while it is advantageous to reduce IATs as much as practical, there is a point of diminishing returns where a large reduction in IATs is required to make a small improvement in power output.  All Harrop supercharger kits are designed to efficiently control IATs while delivering consistent performance with the highest level of vehicle integration, quality and performance. We’re excited by the evolution of high-performance powertrains like this LSX 427ci engine combination we tested on the engine dyno with our LS3/LSA TVS2650 Supercharger with 110mm integrated throttle body making over 1250hp.