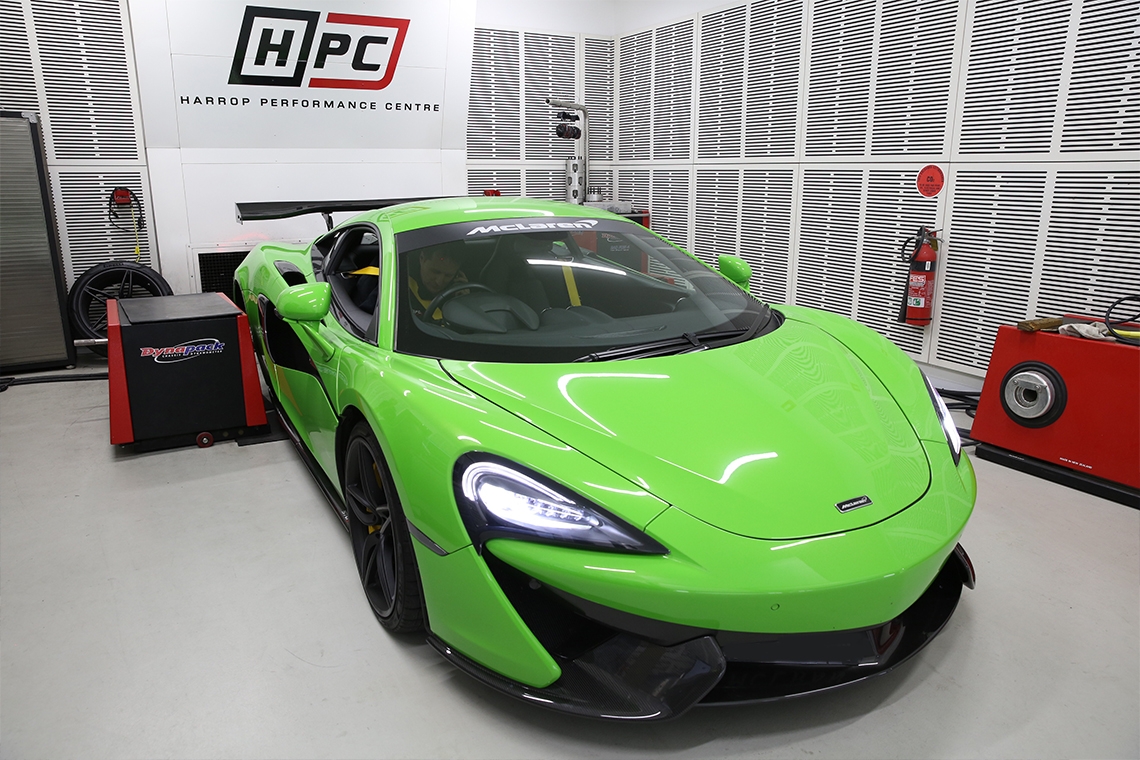 In simple terms, the difference between the engine figure and the wheel or hub figure is the friction due to the drive train.  For the sake of dyno measurement, the drivetrain consists of everything excluding the engine, so the gearbox and differential, driveshafts and tail shaft, driven accessories such as the alternator and power steering pumps and in the case of a roller dyno the wheels and tyres.

When we talk about a hub dyno which we currently use at Harrop Performance Centre, we remove the wheels and bolt an adapter directly to the wheel flange, by removing the mass and surface of the wheel and tyres we reduce the friction, less friction means less frictional loss and therefore more measured power.  The important thing to realise is that the higher hub figure has no impact on the engine power, the difference between the actual engine power and the measured hub or wheel power is that the measurement at the hubs or wheels takes place after the frictional losses, if we have lower frictional drivetrain losses due to reduced mass and friction then the measured power at the hubs will be closer to the engine power, less loss.

Moving towards the engine from the back the same theory applies to all the components and is one reason manufacturers are investing large chunks of time and money in reducing component mass and friction.  The largest consumer of engine power moving towards the front is the transmission, modern automatic transmissions that are all clutches and have variable pressure pumps are far more efficient than the old turbo 400’s and alike that utilize bands and pressure relief.  Accessories that consume power such as air conditioning compressors and power steering pump, as well as the drive belts themselves, are all being lightened, downsized, replaced with electric and made more efficient such that they offer reduced frictional losses, to return more power to the wheels and better efficiency.